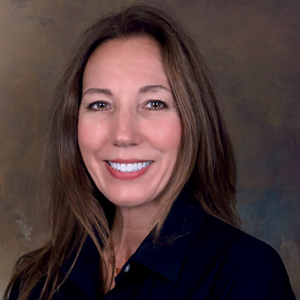 There’s a glass pitcher of orange juice, and two decorative beverage dispensers with cold brew and hot coffees. A wooden caddy is well stocked with coffee accoutrements: stirrers, cardboard cup sleeves, packets of sugar and artificial sweeteners, and a variety of creamers.

A bottle of syrup, plastic cups, lids, paper straws, and foam containers fill out the rest of the table.

Welcome to Sunday mornings at the Collier County jail.

“I came from the night shift where we were very tight knit,” Cpl. Axelson said. “We had potlucks and hung out together after work, and when I came here (day shift) that wasn’t the case.”

Cpl. Axelson transferred to days about six months ago and immediately wanted to bring everyone closer. She felt food could do that.

The next Sunday she came to work early armed with a skillet and a bag of groceries. She served up pancakes, eggs and sausages for her surprised - and grateful - colleagues.

“Breakfast with Brittany” was born.

Since then Cpl. Axelson has organized the breakfast, which draws around 50 people, with little assistance to reduce any impact on shift staffing. She chooses the meals, drawing heavily on Pinterest for inspiration. She uses the free Adobe Stock app to create a detailed menu with pictures that she sends to her colleagues a few days in advance. She buys the groceries and prepares and cooks the food while off duty and cleans up afterward.

She also supplies all the cookware from the metal chafing dishes to the fuel to heat them and from the plastic beverage dispensers to the little metal holders with place cards that identify each food and drink item.

She asks only for a $2 donation in return to help cover the costs.

Cpl. Axelson received a Letter of Commendation and was recently nominated for Deputy of the Fourth Quarter for her efforts.

“Our Corrections deputies have a monotonous and grueling job,” Corrections Chief Chris Roberts said. “Initiatives like this by Cpl. Axelson help exponentially in breaking up the monotony and building a team spirit that is crucial to having good morale.”

Lt. David Dellinger said Sunday shift breakfasts aren’t anything new, but they didn’t always get the participation. He said Cpl. Axelson approached those deputies who weren’t participating and addressed their concerns. She also consults her co-workers on the menu and makes sure to include offerings for those with special dietary considerations.

The result has been 100 percent shift participation.

“We’ve had breakfasts in the past and you usually get a lot of participation, but for these everybody comes down. Everybody,’’ Lt. Dellinger said.

On a recent Sunday, seven deputies are already lined up at the table in the break room at 8:30 a.m. when breakfast is served buffet style. Some ask Cpl. Axelson for her recipes, while another suggests she compile a book. Most drop cash in the donations bowl and offer appreciative comments.

“I think it’s a good morale booster and something to look forward to after a long week,” said Corrections Cpl. Lazar Grubin. “Everybody enjoys it.”

Corrections Deputy Kevin Perrault said the breakfasts have “definitely built camaraderie” among the shift. He said other shifts do breakfast but its standard fare like bacon, eggs and sausages.

“This is a lot of weird stuff,” Deputy Perrault said. “Really _ pecan French toast? Yes, please. This is something new and different, so it’s cool.”

How Local Governments in Rural America are Combatting Cybersecurity

EMS: An Alarming Situation in the Healthcare Landscape

Disaster Recovery in Emergency Management. No, Not That Kind!